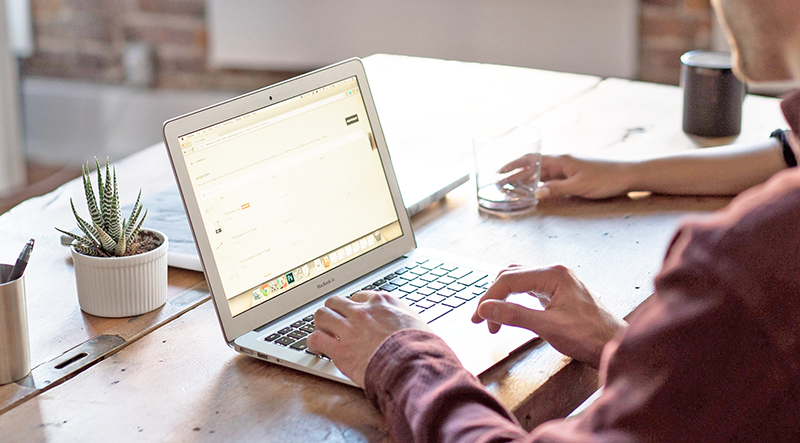 [After you read this, see the new Part 2 of nDash's success with Mautic here]

nDash helps brands connect with writing talent within their community of content professionals. The company’s platform enables its community of freelance writers to pitch highly targeted ideas directly to nDash customers, or for these brands to hire writers on a per-project basis. The two-sided marketplace nDash created is disrupting the content marketing process to work for businesses and writers alike. It also creates unique challenges for their marketing efforts.

Since launching in 2016, nDash has already attracted thousands of writers and brands; and that number is rapidly increasing by 40% monthly. To keep up with this rapid growth, nDash realized it needed to find a better solution for automating its customer experience, as well as channeling writers who are new to their community, through the profile sign-up process.

Michael Brown, CEO and Founder of nDash said, “We’re thrilled with the interest and growth of our platform. It is really important to me and the team that our platform serves a need in the market and provides a delightful experience for our writers and customers so they keep coming back with new projects.”

The nDash platform facilitates writer recruitment, on-boarding, edits, approvals and payments, covering all points of each project from start to finish. nDash started to explore marketing automation tools that would enable them to scale as their business grows and create an overall positive experience for both sides of their audience anytime they’re engaging with the nDash platform.

“It is really important to me and the team that our platform serves a need in the market and provides a delightful experience for our writers and customers so they keep coming back with new projects.”

Mautic’s modern marketing automation -- and its open, flexible APIs -- proved to be the perfect fit for what nDash wanted to achieve. After connecting Mautic to their platform and their HubSpot CRM instance, they now have the ability to collect actionable data from every touchpoint. nDash relies on Mautic to automate all their marketing campaigns, and takes it a step further by also triggering messages from “behind the login” based on user behavior within their platform to drive deeper engagement.

Andre Wehe, CTO and Co-Founder of nDash adds, “I was really pleased with Mautic’s open APIs and overall approach to software development. I read the documentation, had a quick conversation with the team, and from there it was really easy for me to connect our platform and share data between systems.”

Today the nDash team can build a segment of users in Mautic based on real-time behavior information captured in their platform, then build a multi-touch campaign in a matter of minutes.  They no longer have to depend on the manual, time-consuming tasks of moving data between systems to create one-off emails.

Automation has been applied in several areas and has had immediate impact. For example when a company sets up a free account on the nDash platform, they are put into a smart campaign that walks them through the process and enables them to raise their hand. Mautic’s continual sync with the nDash platform via REST API helps the team identify whether a company has entered a payment method or not. If they haven’t, they receive emails prompting them to enter one. And once they do, they’re dropped into a new campaign.

Centralizing information in Mautic has also given them visibility into other opportunity areas they hadn’t otherwise seen. For example, when starting to analyze behavior of their audience in Mautic, they uncovered a group of people that had not identified as a writer or a brand/buyer.  It became apparent that this group of people had “gotten lost” in the registration process. nDash was able to quickly build a segment and campaign that helps these people reach the goal of completing registration.  And any new registrant who also fell into this segment would receive the same stream of communications.

The real value for nDash comes from tracking specific user activity and triggering communications based on that information. These types of sophisticated, non-linear campaigns can only be achieved through a modern marketing automation platform. Not to mention, significantly more valuable use of their precious human resources.

“I was really pleased with Mautic’s open APIs and overall approach to software development. I read the documentation, had a quick conversation with the team, and from there it was really easy for me to connect our platform and share data between systems.”

Transitioned to a Better Future Prepared for Growth

When nDash was ready to move to Mautic’s marketing automation solution, the team prepared a plan for mapping data across their systems, including creating over 60 new custom fields for platform information to be collected in Mautic. They also brainstormed ideas for campaigns that would yield high return right out of the gate. When it came to executing on the plan and getting the team fully productive, the Mautic customer success team was right by their side to offer training, best practices and guidance for a smooth and speedy transition.

Since the initial implementation, they’ve more than doubled their number of campaigns and have plans to begin hosting live webinars using the GoToWebinar plugin for Mautic to manage their program registration and communications. The team is also building out a revamped strategy for communicating with agencies, to address their needs differently from those for client-side brands.

In a recent lead nurturing campaign, nDash published new content that yielded more than 100 pricing inquiries from prospective customers. The nDash team used Mautic to carefully segment the audience by company size, industry and location, and used Mautic’s dynamic content feature to tailor the content in the emails and the landing pages. The results (100+ pricing requests) were more than nDash had expected, so they used Mautic to build an email campaign to follow up with each of these requests the same day.

Mike Brown, excitedly shared, “There’s no way we could have stayed on top of all the the inquiries ourselves without automation. The Mautic platform is paying big dividends for us!”

nDash set out to add marketing automation to scale their community management operations and to improve their customer communications. With Mautic, nDash is now scaling to meet the needs of their growing business, delivering a high-quality, personalized experience for their spiking levels of customer demand and their growing community of writers.

Mike summed it up by saying,

“From the beginning, Mautic has partnered with us to create the experience I envisioned. I’ve been really impressed with the features Mautic offers, the guidance from the customer success team, and the power of the technology. The combination gives my team the confidence to handle the growth while still delivering the best nDash experience we can.”

There's more to this story! Read about nDash's latest experience integrating Mautic with their homegrown platform to create a totally custom marketing automation capability. Check it out now!

To learn more about nDash, the two-sided content creation marketplace, where a community of freelance writers can pitch targeted ideas directly to nDash customers and brands can hire writers on a per-project basis, visit www.ndash.co.